"Sowing the Seeds of Harmony through Nature" 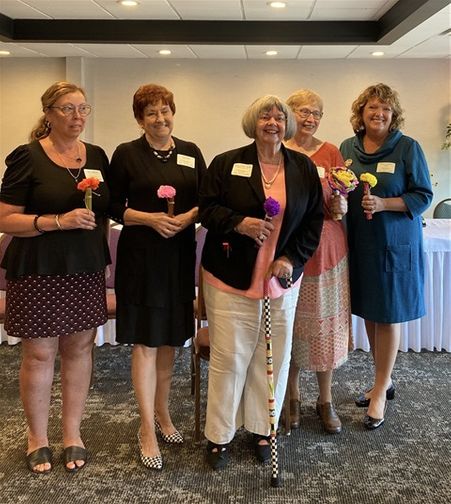 All the presidents of the garden club's gave a President report at the GCFP District II/III meeting on Sept. 14, 2022. Claire gave the president's report and Barbara gave a report as outgoing corresponding secretary and chair of the Smokey Bear/Woodsy Owl contest. Cynthia, Ways and & Means Chair , sold raffle tickets and gave out baskets to the winners. Members, Carol, Helen, Marsha and Nassar also attended the District II/III meeting. Cynthia will head Ways & Means again next year. Past President Brenda will step in as Treasurer for District II/III. Barbara will be involved with The Garden Club Federation of Pennsylvania (GCFP). Thank you to Cynthia, Brenda and Barbara for stepping up to help at District and GCFP.